Restaurant Spotlight: In the kitchen with Coya – part II

What a difference a year makes.

It’s been exactly twelve months since I waltzed through the doors of Coya Dubai, where chef Benjamin Wan left me mesmerized by his approach to fine Peruvian cuisine. 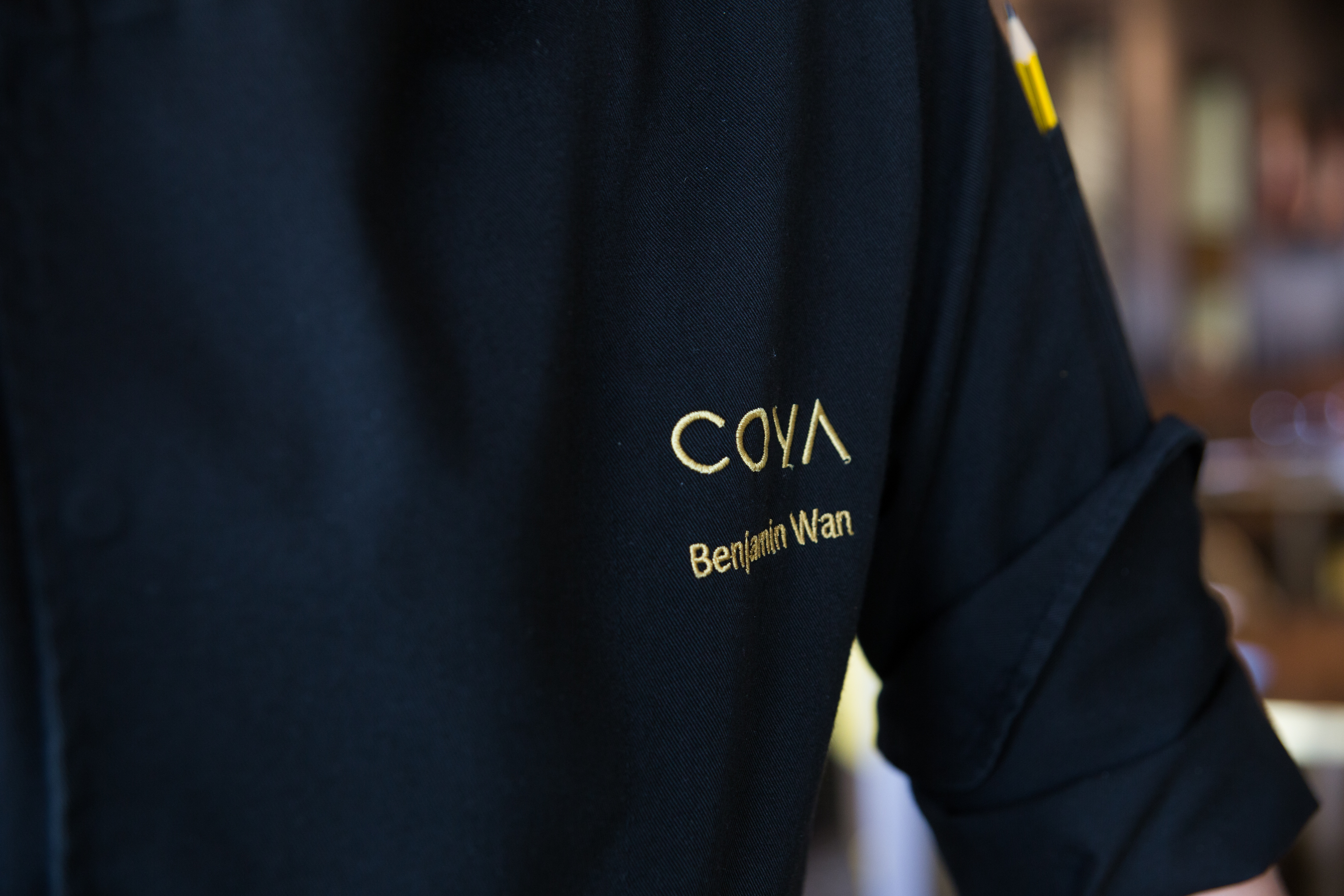 I had the privilege of assisting Benjamin behind the ceviche counter, where together we composed some of Coya’s signature dishes. Although I was left with a taste of the complexities within each dish, something told me that this was just the tip of the iceberg, and that my journey through Coya was far from over…

It turns out that Benjamin had way more up his sleeve as he invited me into his kitchen for part two of our culinary experience. True to form upon my arrival, the atmosphere was buzzing with excitement even though we were still in the early morning hours.

With the exception of some artwork, little had changed since my last visit – the restaurant was just as breathtaking as I remembered. I spotted beautiful ceviche bowls carved of wood with a telltale logo etched within – all hand crafted by a talented member of the Coya team. 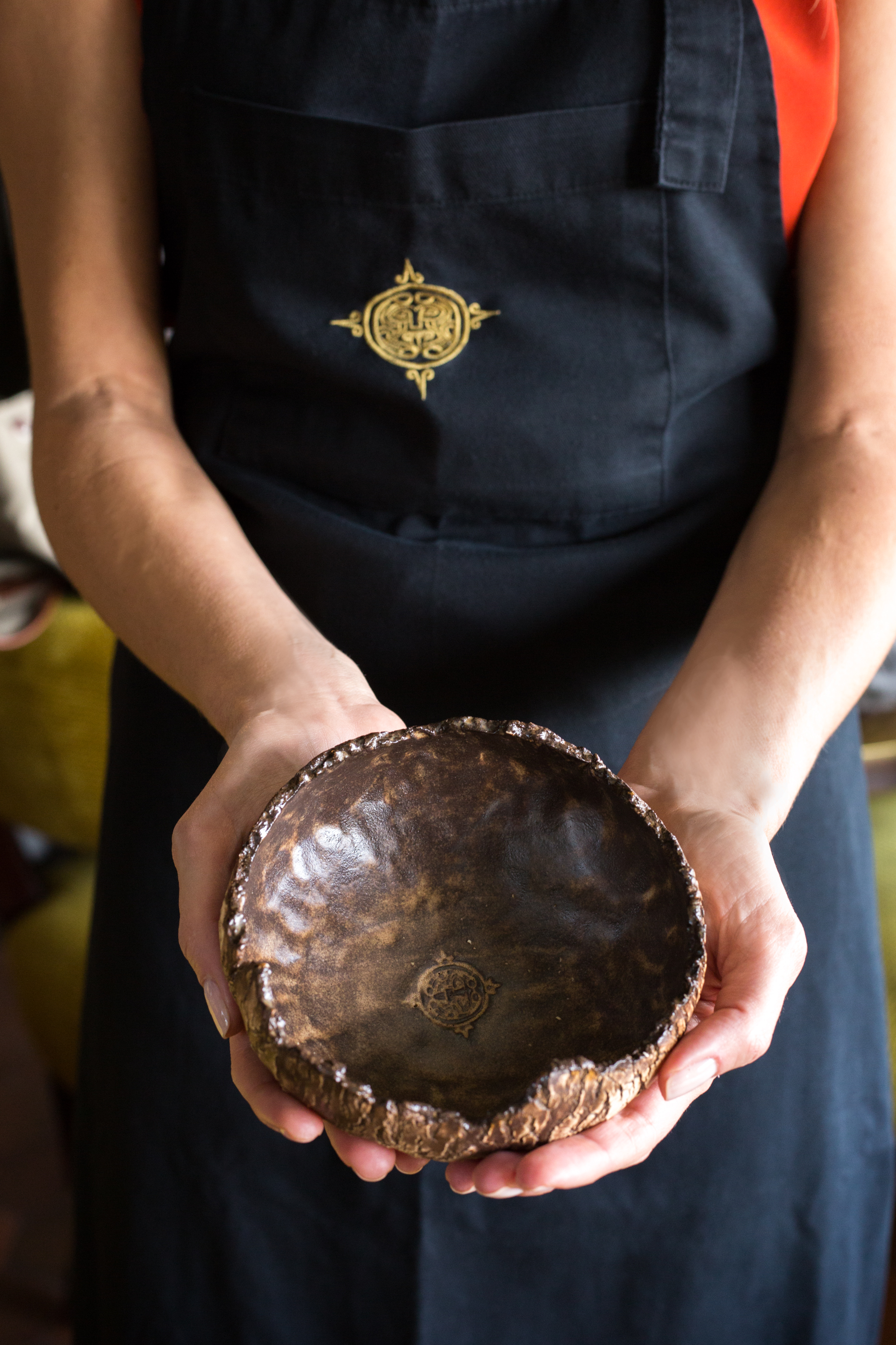 With preparations well underway for their yearly Halloween party, I could hear the echo of a live band rehearsing in the VIP lounge as I shimmied my way past the ceviche counter and towards the kitchen. 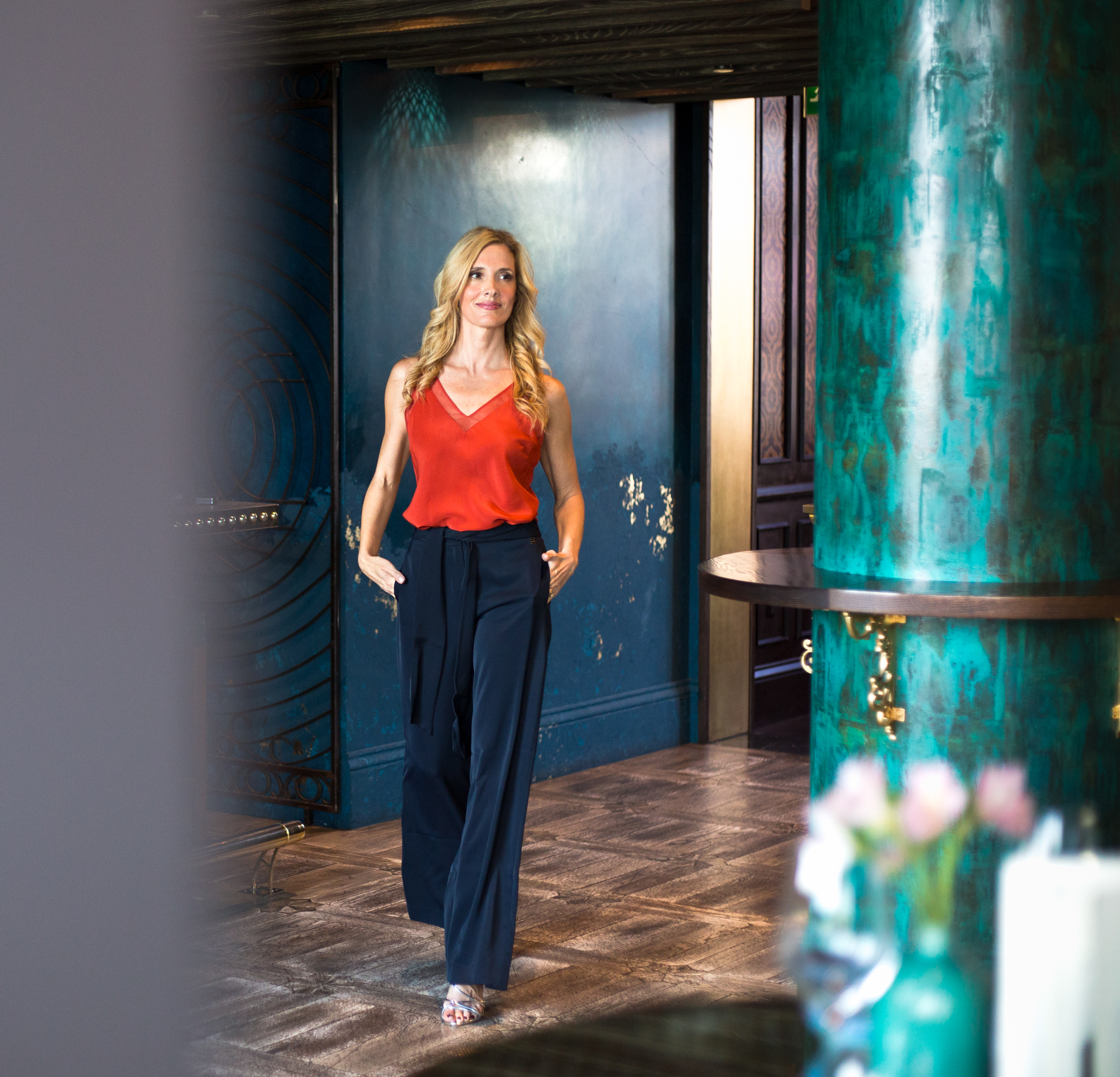 Benjamin welcomed me into his space and filled me in on the dishes we would be making. He also gave me a brief on the restaurant’s expansion. In the year since our last encounter, Coya Abu Dhabi was born (in March 2017). With two restaurants in London, and a secret location in the works, Coya’s new baby makes it the fourth worldwide. It looks like a global culinary domination is underway!

Once in the kitchen, Benjamin pulled out the big guns and handed me a blowtorch that was bigger and bolder than the pistol version I use at home. I hope he has the fire department on speed dial. 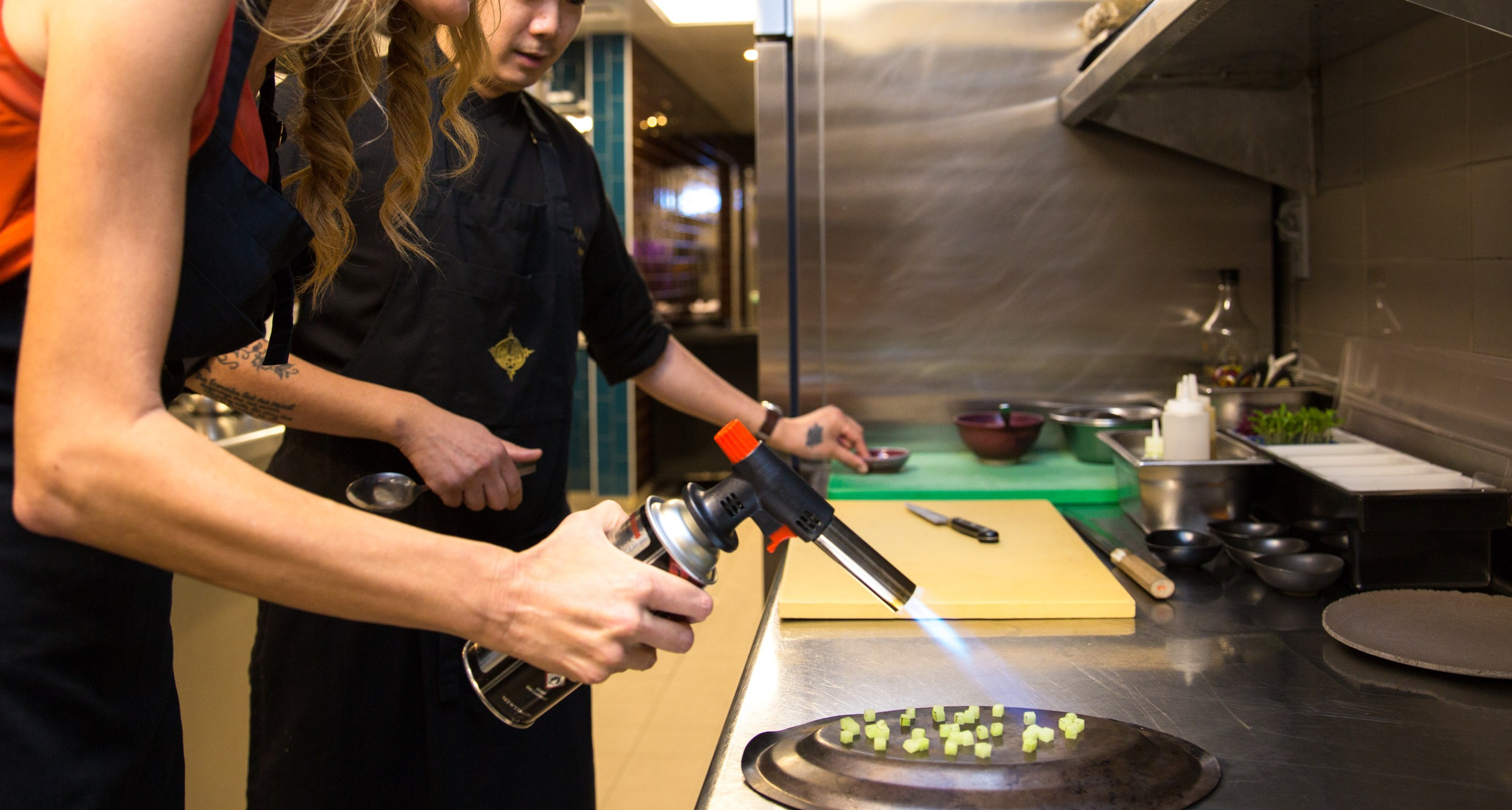 It turned out that we would use the torch to brûlée miniscule specimens of cucumber that had been pressed and cooked in a sous-vide. They were diced so perfectly, I could swear they were measured to exact specifications.

What do you do with lightly charred sous-vide cucumber? You use it to embellish King Crab with aji rocoto and Peruvian avocado (of course!). A coconut milk reduction infused with coriander stalks and chili was combined with cooked crabmeat, shallots, and coriander. The crimson flecks of chili against the pearl-white crabmeat was exquisite on it’s own.

After seasoning with salt, lime zest, and coriander oil, we were ready to plate. Paper-thin slices of avocado (and I do mean paper-thin) were placed on one of Coya’s signature plates, as circles of coconut milk reduction swirled around the edges. A quenelle of crab came next, hidden by more slices of avocado.

We spooned on the charred cucumber as Benjamin added a touch of oscietra caviar, “The caviar is just for you”, he said with a sly smile. After seasoning our dish with toragashi pepper, curry oil and coriander cress, we were left with a perfect piece of culinary art, waiting to be tasted. Note to anyone salivating over this dish… Canrejo al Coco is only available in Dubai. 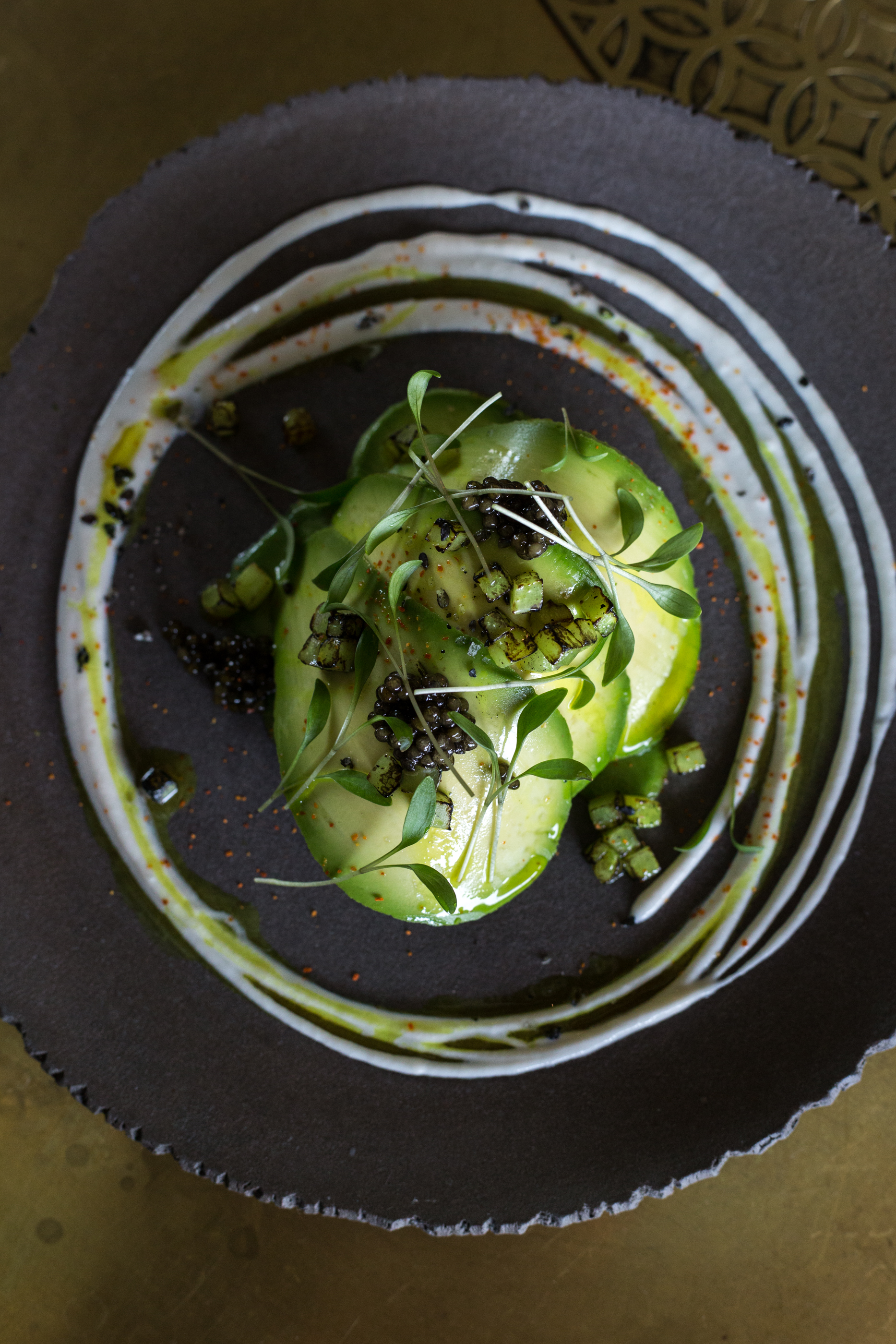 When Benjamin set out the ingredients for our next dish, Citrus Atun, I was struck by the intense color of the tuna – so bright you would think it had it’s own Instagram filter! The tuna was salted for a few hours “to draw out the juices” before it was patted dry and seared in a very hot pan. The contrast between the raw flesh and the cooked edges was magnificent.

We rolled the tuna into cigarillos, piling them on top of each other in a pyramid. After drizzling on a dressing of Peruvian passion fruit, hazelnut oil, orange juice, aji limo, and dates, we garnished the tuna with burnt orange, caramelized hazelnut, pickled daikon, tobiko and jalepeño. A little bit sweet, a little bit sour. Done. 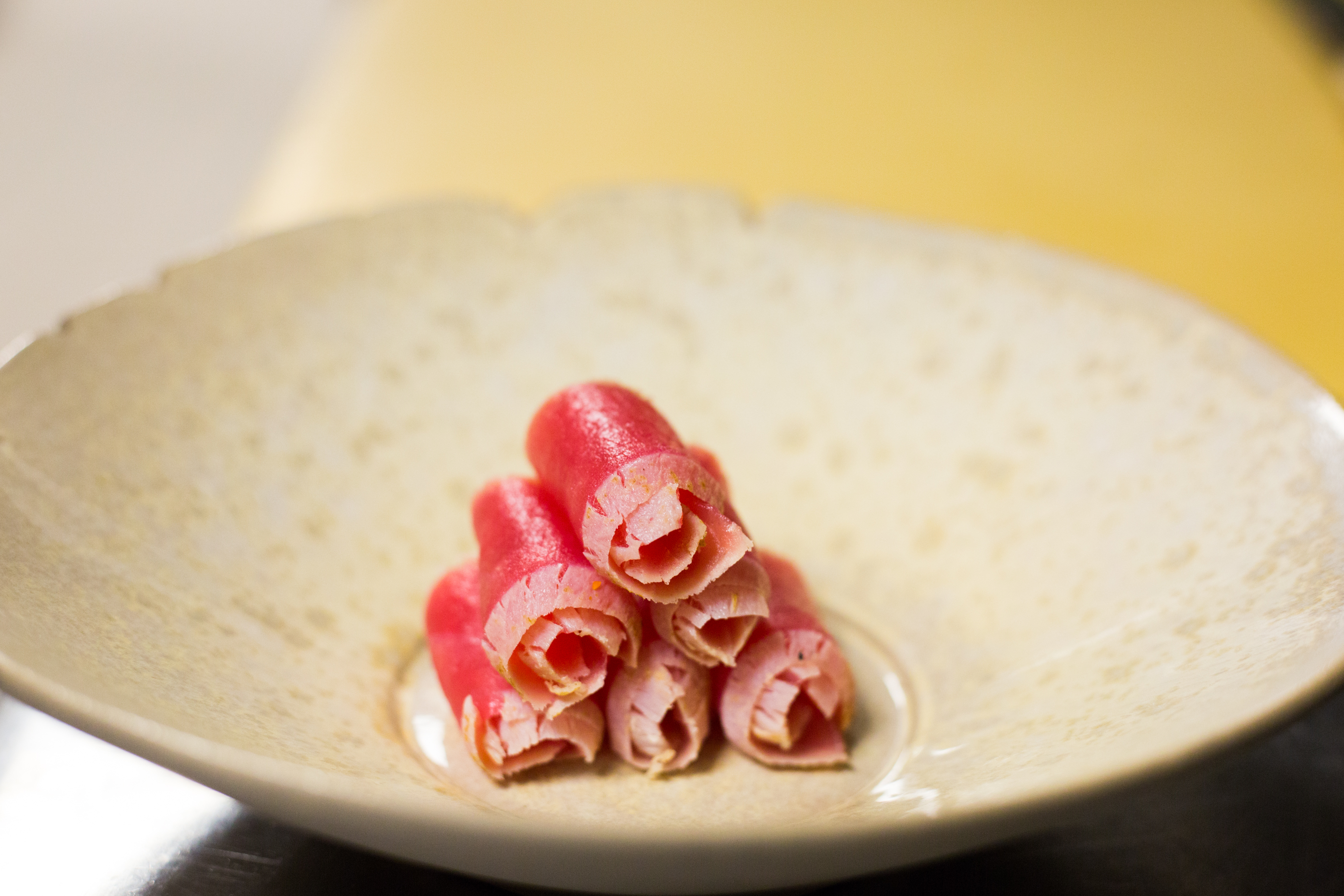 It was at this point that I began to appreciate the prep work involved in the details. From pickling to brûléeing, caramelizing to compressing, everything down to the tiniest garnish plays a critical role in Coya’s cuisine. Even chili peppers are boiled to remove any bitterness or excess heat. A calculating and extensive mise-en-place goes behind Every. Single. Dish. 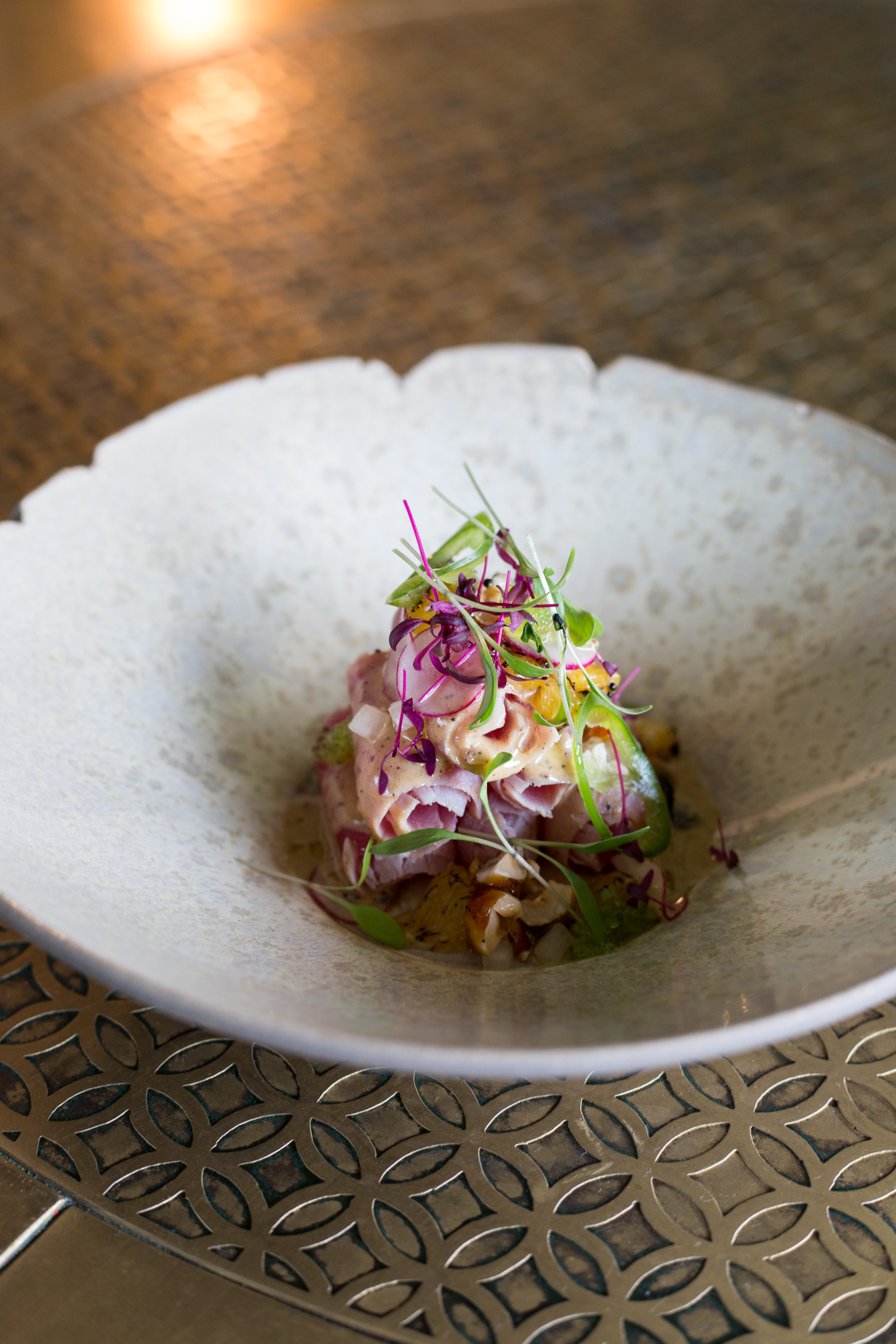 When Benjamin pulled out a fat ball of Burrata for the last of our cold starters, I was left scratching my head as to what could fresh Italian mozzarella possibly have to do with the flavors of Peru. He was quick to correct me on my assumption that Coya is a strictly Peruvian restaurant. “Some of our dishes, you would never find in Peru” he explains. “A lot of our new dishes use European and Japanese techniques but are flavored with ingredients from South America. Peruvian cuisine has influences from across the world, but mostly from Japan and China – hence the term Nikkei and Chifa cuisines.” Benjamin draws on his classic French experience at La Petite Maison, as well as his Chinese background to create new dishes that use European techniques with Chifa flavors. “Our Head Chef, Florian Becker, has worked at Zuma, which helps when we create dishes with a Nikkei element.” 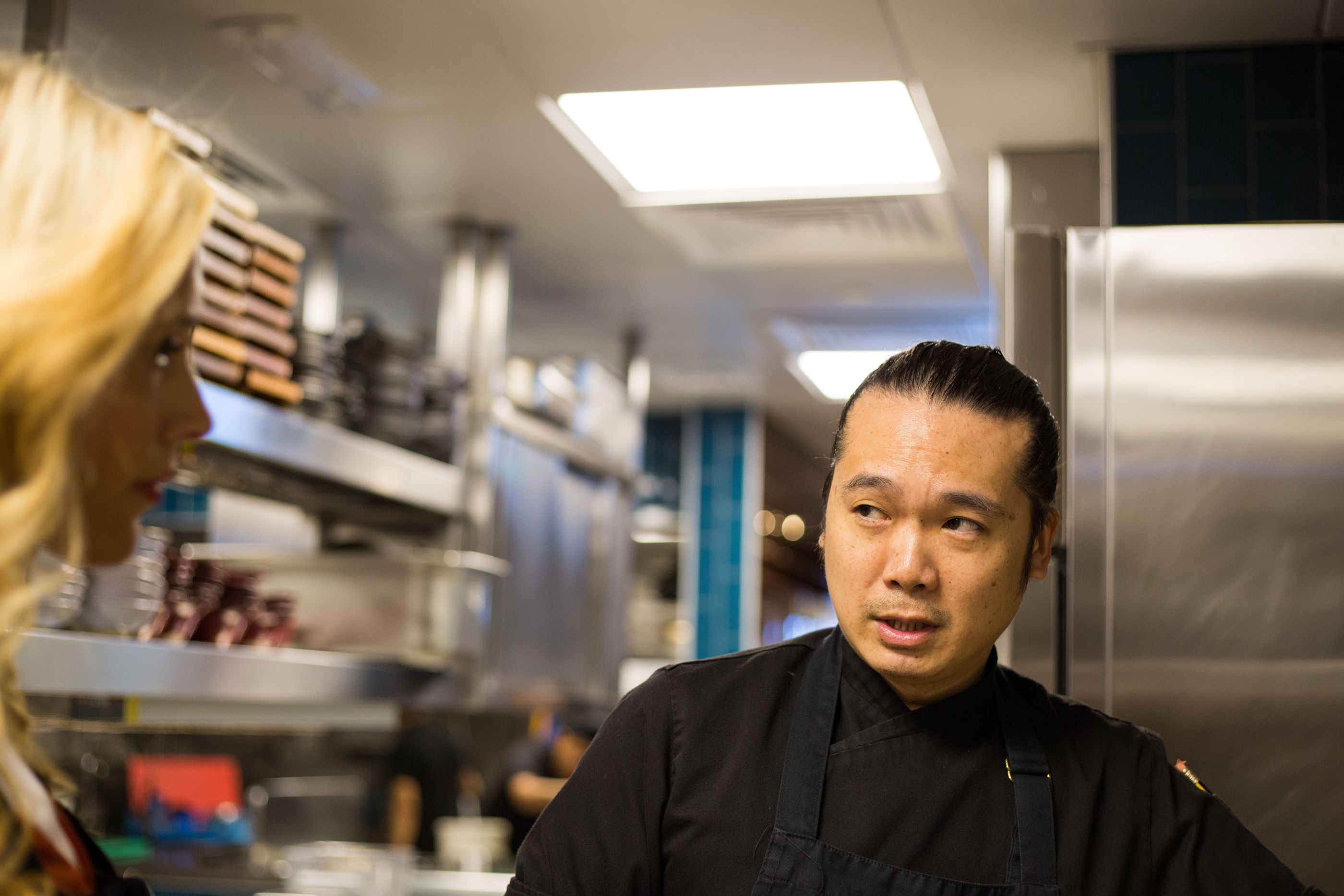 Still curious about how Benjamin would put his stamp on the burrata, I watched closely as he swirled together cherry tomatoes with olive oil and sherry vinegar, seasoned with Maldon salt and a touch of sugar. Simple enough, I thought to myself.

The twist came when cold green grapes (peeled to perfection), dried cherry tomatoes, pomegranate and aji limo were piled on top of the mound of luscious cheese. Fresh marjoram and mint were next, along with dried botija olives, panko breadcrumbs and mustard cress scattered throughout. A unique spin on a classic, this dish is offered in Coya’s member’s lounge only. 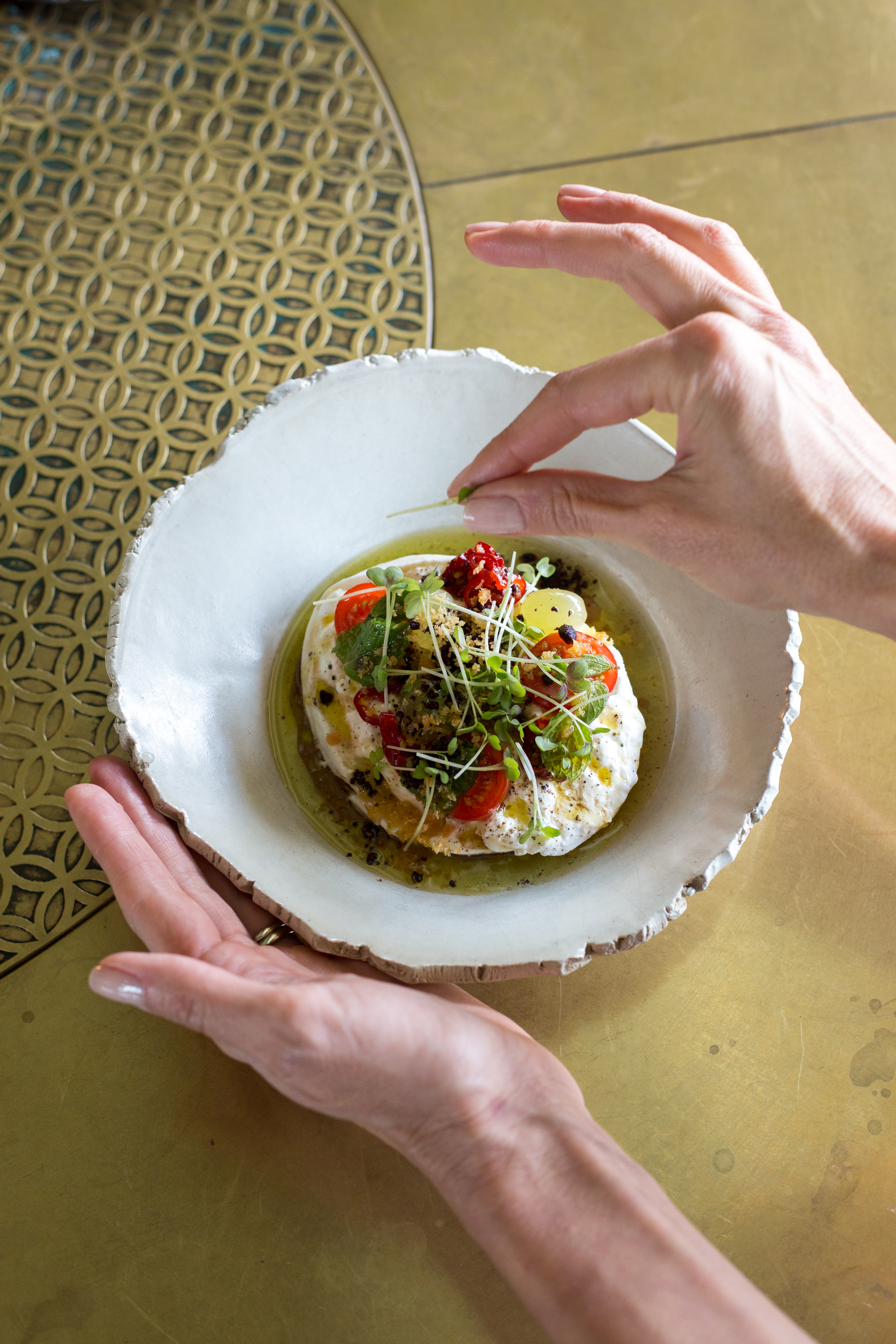 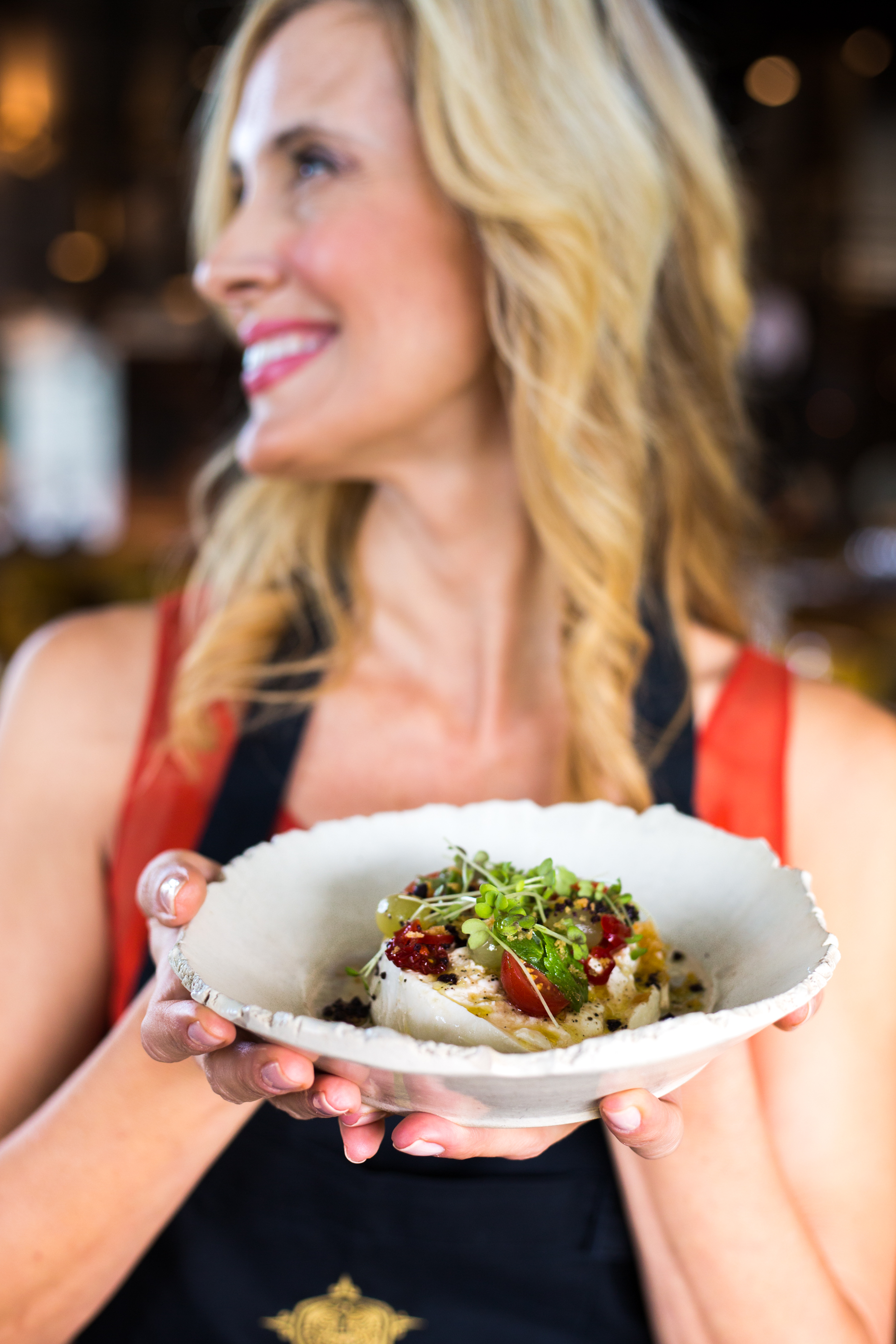 Benjamin must have read my mind when I spied the mother of all seafood on a cutting board beside me. A tender octopus tentacle – cooked in sous-vide with a fried exterior – was cut and ready to transform into Pulpo Rostizado.

I snuck a bite. It was insane (note the expression on my face)!

Placed on top of a bowl of creamy aji amarillo potato foam flavored with smoked butter, the octopus was finished off with bottarga – a dried compressed mullet roe. I snuck a taste of that too. It was insane in a different way… borderline offensive – powerfully salty and very strong – just a tad would do. A little smoked paprika, some chopped dried olives, and a dash of olive oil later – we set off to make our final main course. 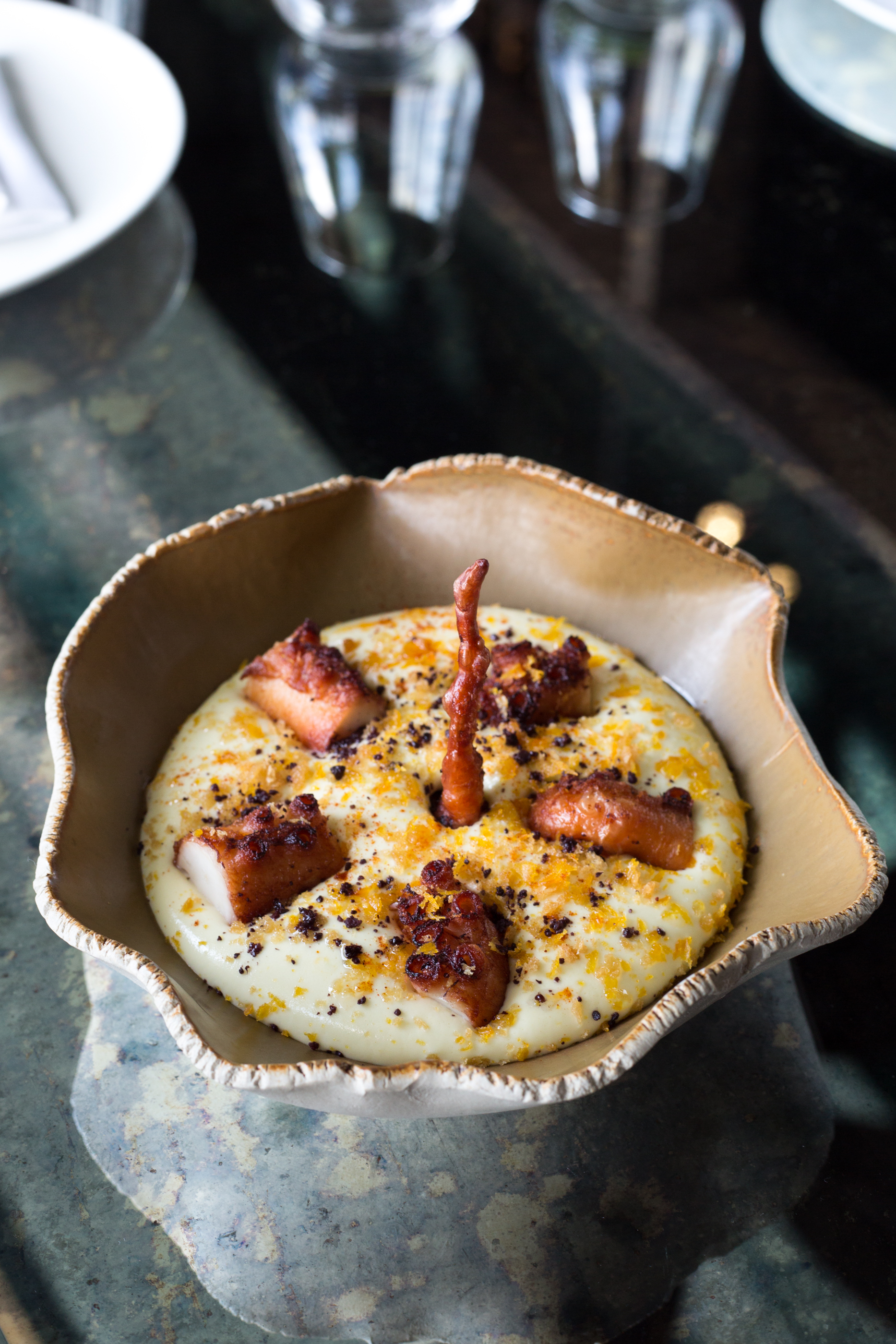 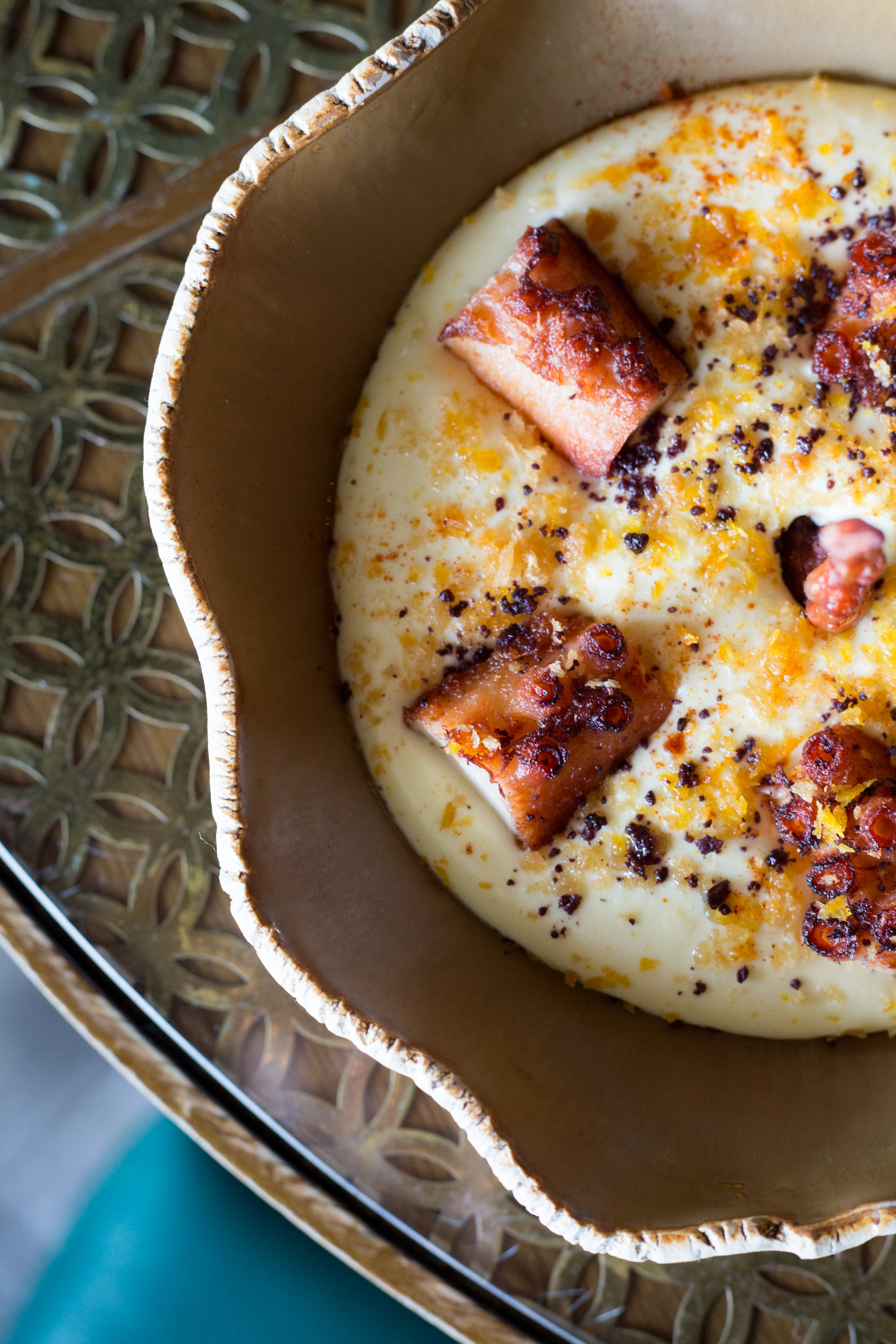 Waiting in the wings was the star of our grand finale, Arroz Nikkei. A miso and mirin-marinated Chilean sea bass is cooked over hot coals on the robata grill and served over a Spanish bomba rice. The fish is delicate and meaty at the same time, while the rice is velvety, rich, and flavorful. It’s the ultimate match in foodie heaven.

Cooked like a risotto, the secret to the rice – says Ben – is in the stock. The stock (aka Dashi in Japanese) is made out of kombu (seaweed) that’s been soaked for 12 hours. Once strained, the kombu liquid is used to soak bonito flakes for another 12 hours. Those steps are critical in making a light, flavorful broth.

A fat nob of compound chili butter added a risotto-like creaminess and depth.

We transferred the rice into a rustic cast iron pot, and piled on the sea bass that was surrounded by puddles of creamed sweet corn purée.

Yes, it’s as good as it looks. He wouldn’t give me the recipe, even after I begged and pleaded…some secrets are better kept to yourself. 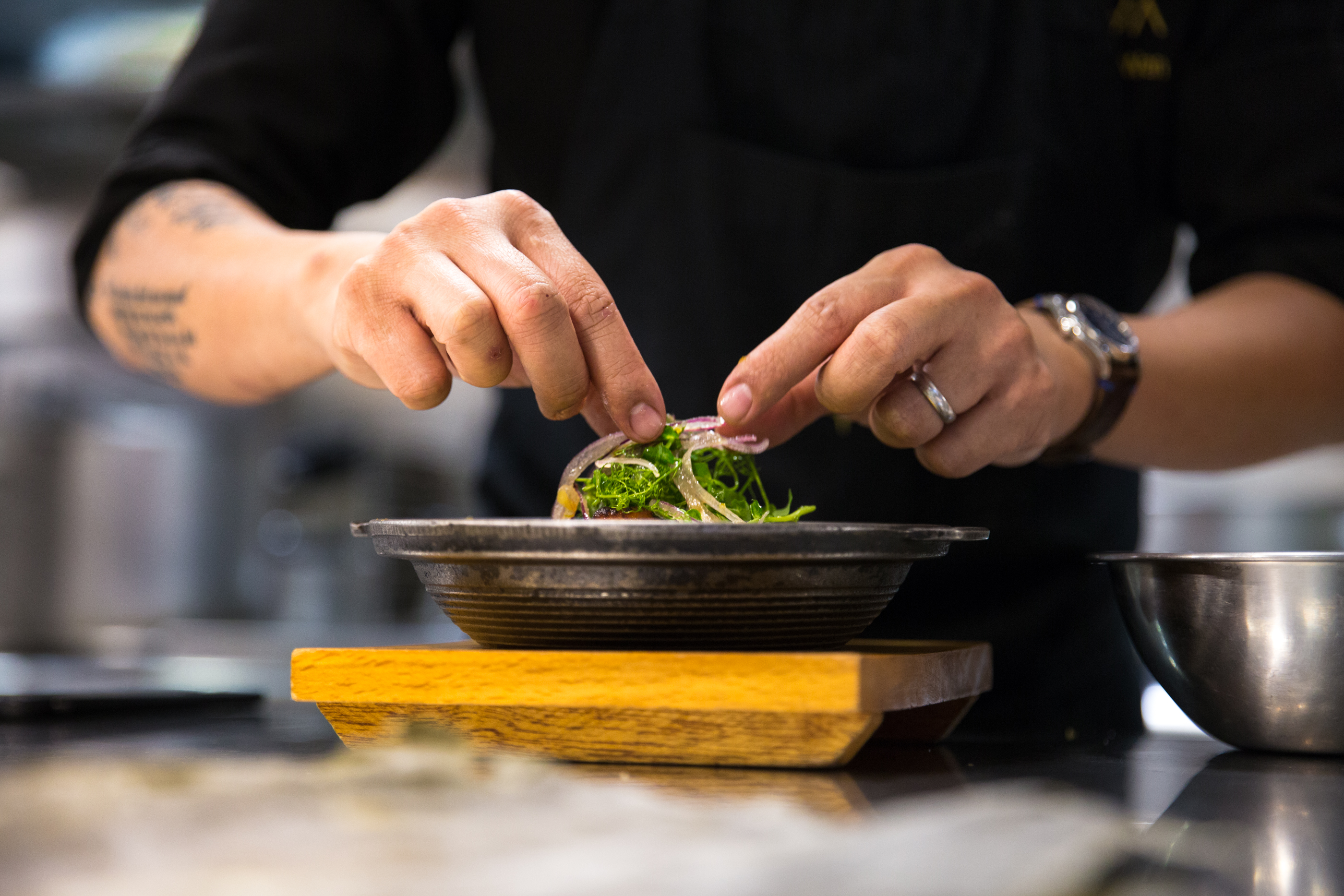 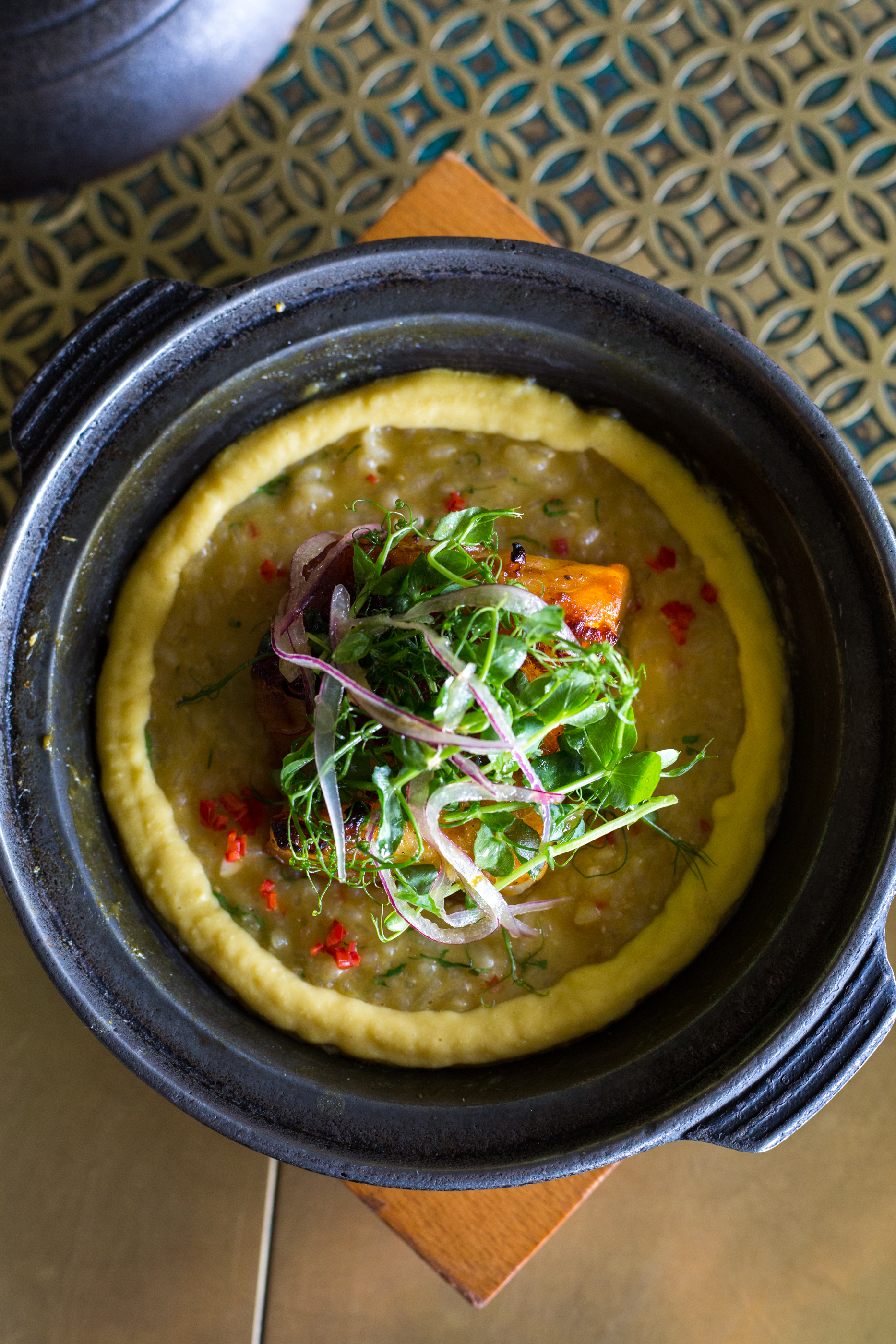 Always one to save space for dessert, I had high hopes our cooking session would end on a sweet note. It turned out that Cheesecake de Maracuya was the perfect finale to our decadent meal. The cake was made with a traditional filling of cream cheese and eggs, flavored with Peruvian passionfruit. The base and garnish were made of toasted kiwicha – an ancient Peruvian superfood (also known as amaranth or “mini quinoa”) – which gave the cheesecake a light taste and texture.

We added a fresh mango sorbet that was so divine, I could have swallowed the entire pot!

Elegant touches of brûléed mango, marigold, and delicate pieces of tuile finished off our dessert. 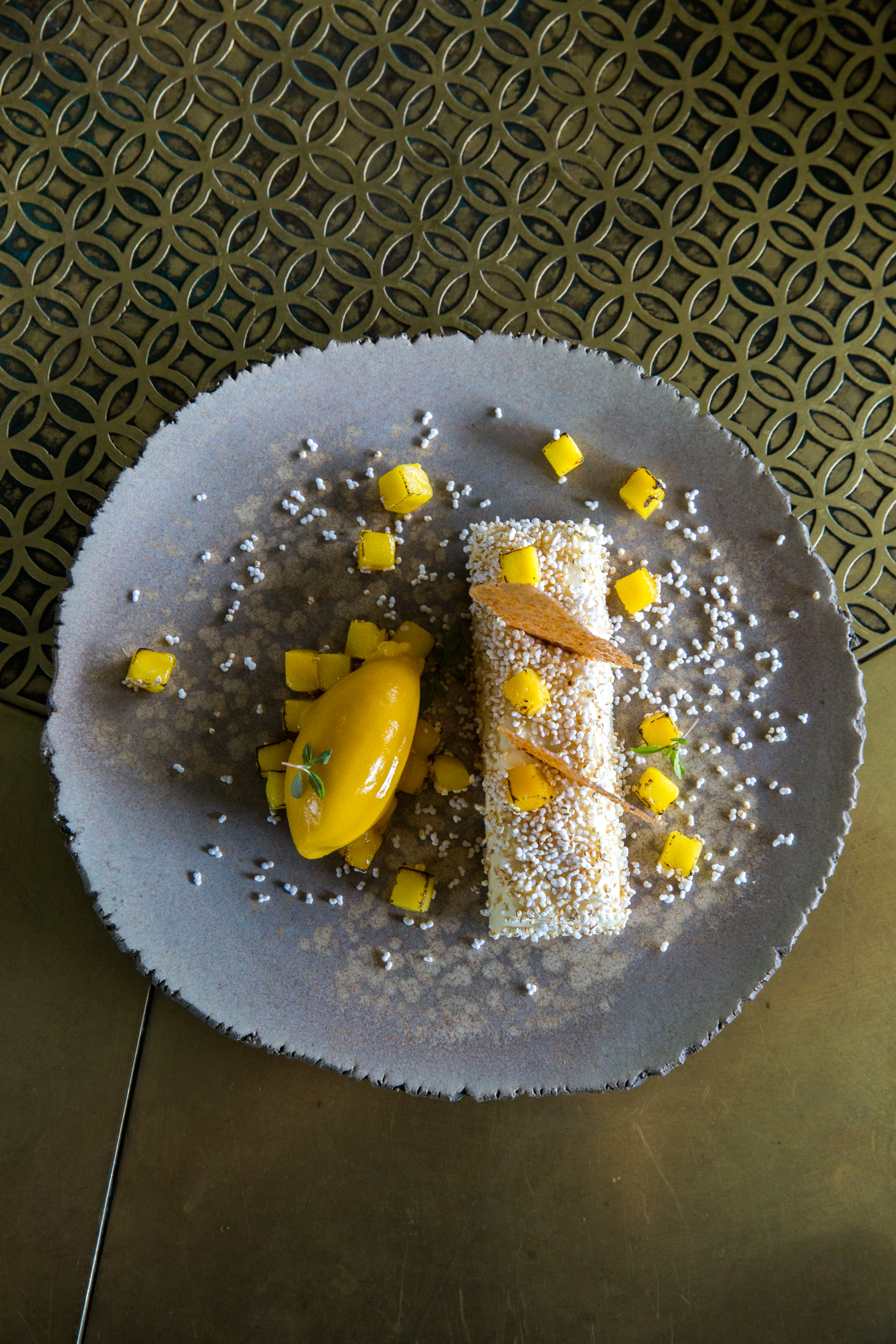 It was time to taste all our hard work…. 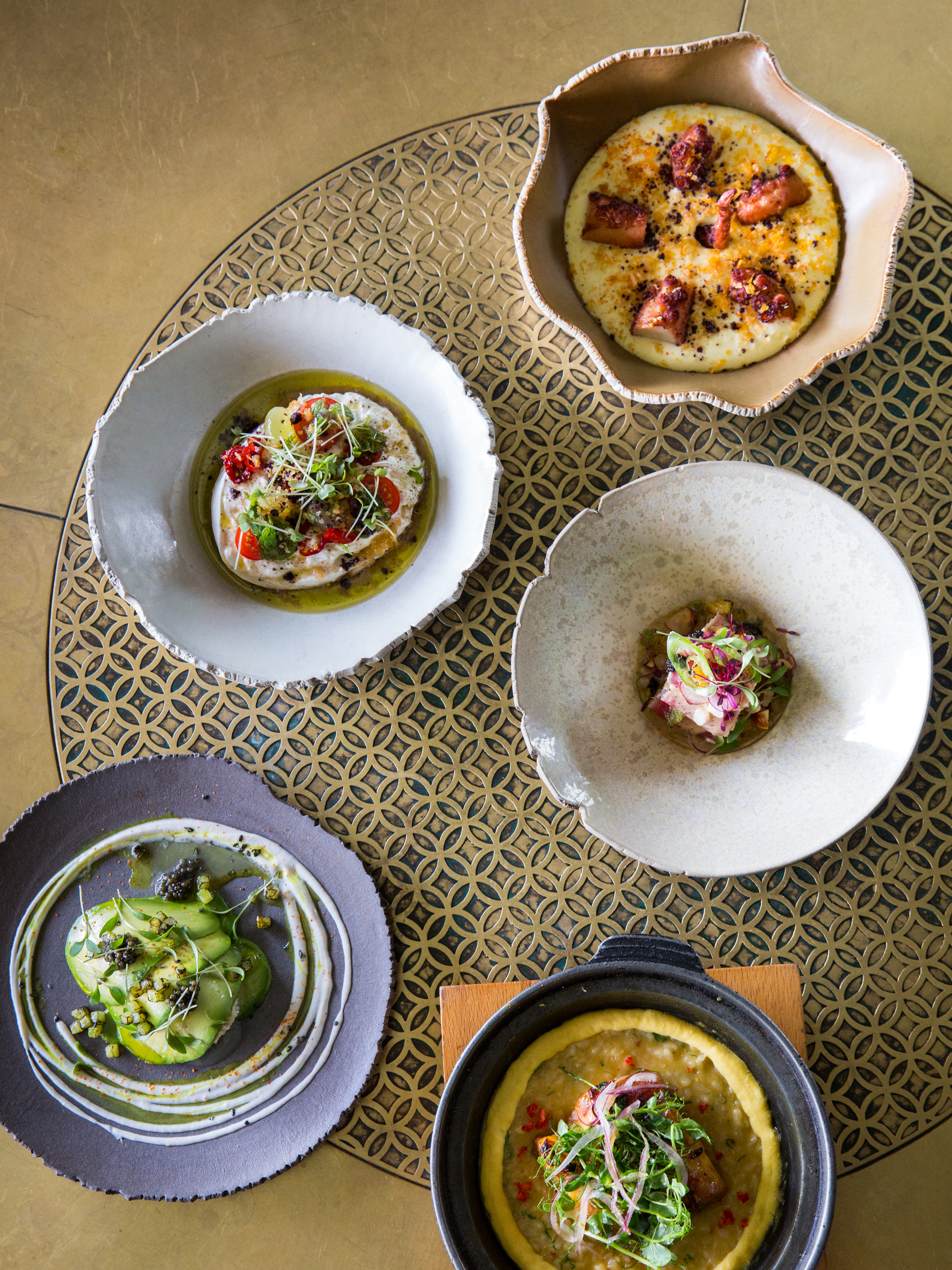 …and man, was it ever worth it.

Awestruck by the rhythm of the kitchen, I discovered so much by watching contrasting flavors, textures, and techniques merge together. Thank you Benjamin for giving me a deeper understanding of Coya’s cuisine – wild creativity really has no bounds!

Coya Abu Dhabi, get your blowtorch ready – I’ll be coming for you soon… 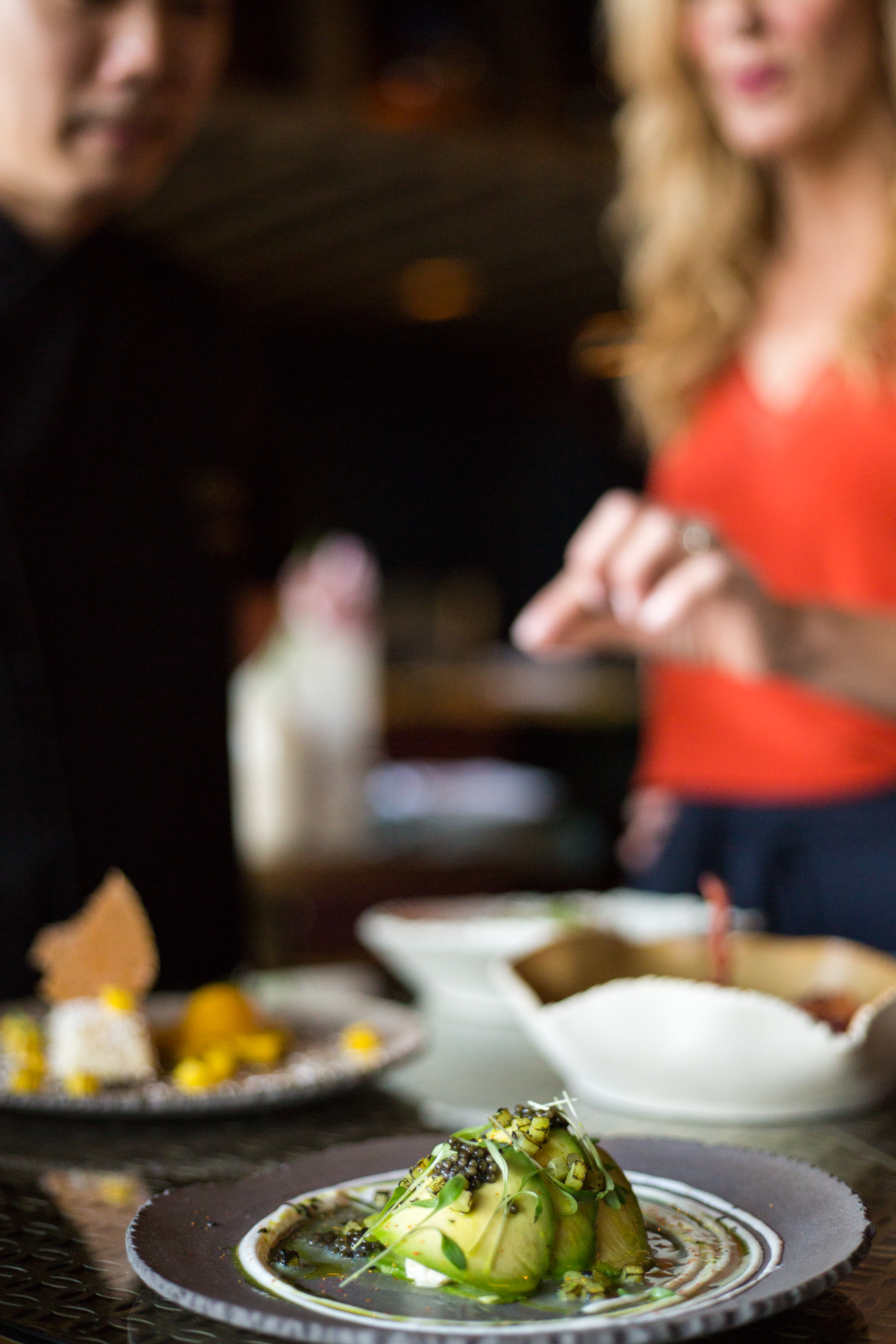 Stay tuned for my new website, where I will be sharing some of these recipes….which recipes would you like to see?  I would love to hear from you, please leave your answers in the comments below.

Shot on Location at Coya Dubai

Hair by Mustafa at Polished Salon